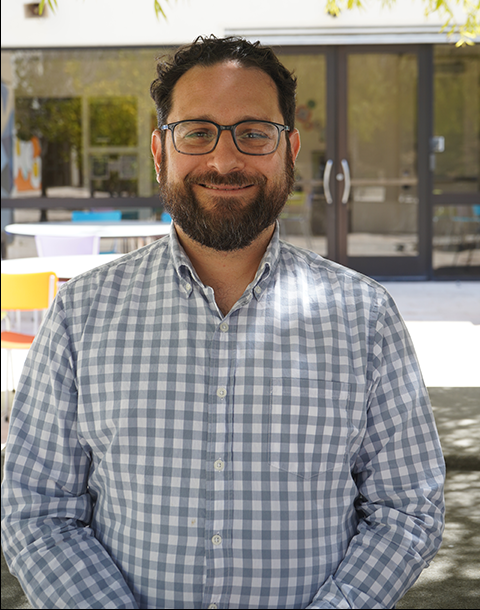 Joseph Gindi teaches Modern Jewish History at JCHS. He is a pluralistic Jewish educator and scholar of modern Jewish studies with over fifteen years of experience teaching Jews of diverse ages and backgrounds. He has a Bachelors in Anthropology from Wesleyan University, Masters in Near Eastern and Judaic Studies and Jewish Professional Leadership from Brandeis University, and a Masters in Religious Studies from UNC, Chapel Hill, where he wrote a thesis entitled Greening the Torah: The Use of Classical Texts in Jewish Environmentalist Literature. Joseph has also studied in batei midrash at the Pardes Institute, Mechon Hadar, and The Jewish Theological Seminary.

Most recently Joseph taught Jewish Studies at the Kehillah Jewish High School in Palo Alto, CA. Before moving to the Bay Area, Joseph was the Senior Program Officer for International Education and Jewish Engagement at American Jewish World Service (AJWS), where he ran a human rights education fellowship for rabbis and cantors. Prior to AJWS, he taught at Prozdor at Hebrew College, the Slifka Center at Yale University, and a variety of synagogues across the denominational spectrum.

Joseph’s scholarly interests focus on the transformations of American Judaism in the 20th and 21st centuries, including the Jewish environmental and social justice movements, Jewish feminism, changing Jewish relationships to the nation-state, and the evolution of Syrian Jewish Orthodoxy. In his teaching, Joseph uses historical, anthropological, and religious studies frameworks to help students understand how Jewish culture operates and inspire them to craft lives of meaning.

Joseph grew up in the Syrian Jewish community in Deal, New Jersey, and now lives with his wife and son in Oakland, CA. Though he loves life in the Bay Area, he deeply misses lachmagine and east coast bagels.