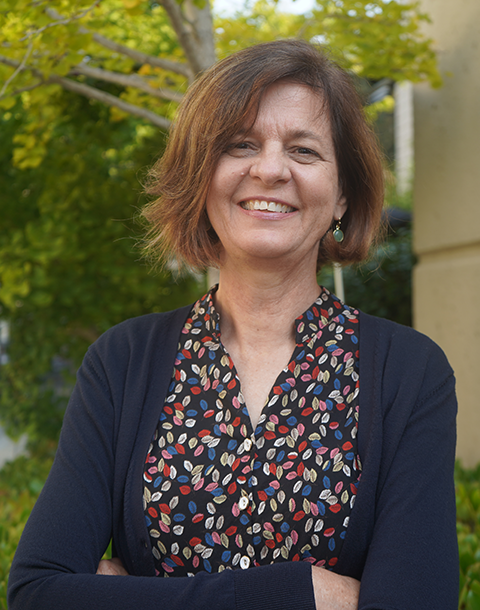 Robin Gluck joined the JCHS faculty as librarian in 2014. Before coming to JCHS Robin was K-8 school librarian at Oakland Hebrew Day School in the East Bay. Prior to that, Robin taught adjunct writing workshops and managed the campus writing and study skills center at University of California, Santa Barbara. Robin also taught high school English and ESL in Ojai and Santa Barbara.

Robin holds a B.A in English and American Literature from UC San Diego, a Master’s in Education from UC Santa Barbara and a Master’s in Library and Information Science from San Jose State University. Robin is a California native and with the exception of two years in New Jersey, Robin has lived all her life in California.