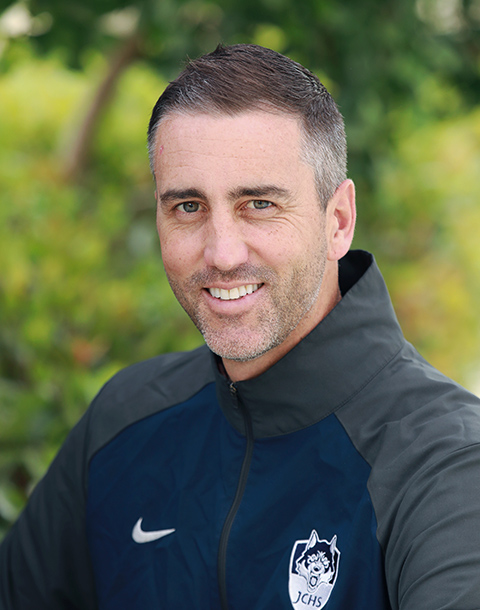 Coach Sean Moler comes to JCHS with an extensive background in athletic administration, having served seven years as Athletic Director in the Bay Area Conference at Oakland Military Institute College Preparatory Academy. While at OMI, Coach Moler led the Grizzly Varsity Boys Basketball program to two league championships in four seasons, and four consecutive trips to NCS playoffs. Prior to his tenure at OMI, he managed corporate sponsorships with Learfield Sports at Stanford and started his educational career as a history teacher in the San Francisco Unified School District.

A Santa Cruz County native, Sean attended Aptos High before earning his B.A. from the University of Colorado, Boulder. He earned his teaching credential from Cal Poly in 2002, a M.A. in Sport Management from the University of San Francisco in 2009, and an administrative credential from Cal State East Bay in 2016. He is a Certified Athletic Administrator (CAA) with the NIAAA, and in 2014 was the recipient of the CSADA Norm MacKenzie Award for distinguished leadership in Athletic Administration.

A Bay Area resident of 20 years, Coach Moler currently resides in Berkeley and enjoys travel, surfing, guitar, swimming, and getting into the wild as much as possible.